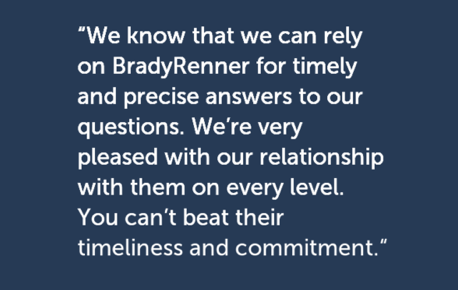 Founded in 1950, Frank J. DeLuca, Inc. was a business built out of practicality and opportunity. Frank DeLuca had been an employee of Shell Oil when the company decided to do away with company-based service technicians. As a result, he founded his own business and contracted with his former employer to provide the same services as an independent service company.

In 1950, that meant being paid $1.25 per hour and commuting by train from Baltimore to Washington, where he would walk to the parking lot that his service truck was parked in to begin each day’s work. Over the years, the business grew into a full-service provider of services to the fuel industry, including servicing and support for gas pumps, point-of-sale (POS) machines, hydraulic lifts, air compressors, submerged motors, leak detection systems and anything else that needs regular maintenance, support or repairs in a modern service station. The firm became the first installer of pay-at-the-pump technology in the greater Washington region when it installed new credit-card readers for a customer in 1986.

Frank DeLuca’s son, Joe, initially decided to pursue a different path by going to college, pursuing a degree in education and following what he calls the faulty assumption that everyone who goes to college is supposed to have a white-collar career and “not get dirt under their fingernails”. After eight years of teaching in elementary schools, Joe shifted directions and joined his father in the entrepreneurial adventure of business leadership, ultimately becoming the owner and CEO of the business.

The firm has shifted and changed with the dynamics of a rapidly evolving marketplace, most notably the dramatic move by companies such as Exxon and Shell to divest of their company-owned fuel stores. Today, large jobbers such as Southern Maryland Oil (with over 200 stations) and Capital Petroleum, are some the firm’s leading customers and operate stores under multiple brands. The firm has 9 employees and services customer locations from southern Maryland through Baltimore and Annapolis all the way to Frederick, and across Washington, D.C. and Northern Virginia.

Prior to their partnership with BradyRenner, the firm had maintained a relationship with an accountant for more than 30 years. When that individual retired, the team at Frank J. DeLuca, Inc. talked with other leaders in their industry and asked for referrals, one of which was to Matt Brady, CPA and the team at BradyRenner.

From the initial capabilities presentation through detailed discussions of what the firm needed, Joe DeLuca felt that partnering with Matt as well as with Jim Renner, EA would create a great partnership — and it has. In addition, BradyRenner’s staff support has been another outstanding plus, with a highly responsive and professional team delivering reliable support to the business.

For example, Frank J. DeLuca, Inc. had been relying on a proprietary program written in Paradox, a database platform originally developed for DOS in the 1980s. Matt and the BradyRenner team recommended transitioning to QuickBooks, and helped them achieve that change smoothly and effectively through strong planning and effective setup and support.

The firm has also benefited from BradyRenner’s more thorough and sophisticated approach to tax preparation, with a clearer process for preparing forms and schedules. Finally, the Frank J. DeLuca team knows that they can rely on BradyRenner for timely and precise answers to their questions. In one recent example, Debi Difonzo of the BradyRenner team provided an answer to a key questions about payroll management within 15 minutes of the question being asked.

“We’re very pleased with our relationship with them on every level,” says Joe. “You can’t beat their timeliness and overall commitment to being responsive and helpful in any way that they can.”

BradyRenner is a leading full-service regional CPA firm providing comprehensive bookkeeping, accounting, tax planning and consulting solutions for growth-oriented small businesses and their owners throughout the Baltimore-Washington region from  its headquarters in Bowie, MD and its southern Maryland regional office in Dunkirk, MD.

What sets BradyRenner apart is the firm’s commitment to its four core values: being active, staying approachable, being available and always endeavoring to be fully accountable. Learn more about how BradyRenner, as a Bowie MD CPA firm, can serve as the right CPA firm for your small business.