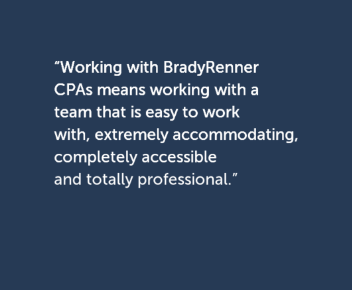 Nearly thirty years ago, John Downing and Steve Moreland had a vision for creating a better business in a unique niche within the construction industry. They had both learned the millwork craft through an intensive four-year union apprenticeship in Washington, D.C. After seven years in the business, they both decided to forge their own path as entrepreneurs.

As a result, they founded Wood Creations, Inc. in 1988 with the express purpose of producing commercial millwork to the highest standards of quality, fit and finish. Since that time, they have built Wood Creations into one of the premier millwork contractors serving the greater Washington, D.C. region.

Wood Creations’ craftsmanship can be found in some of the most highly recognized business, government and military buildings across the national capital region, especially in areas such as executive offices, conference and meeting rooms, reception areas, amenity spaces and other environments in which attention to detail and the highest design quality is essential to the functional effectiveness of the space.

Some of these locations include the U.S. Capitol building; the U.S. Naval Academy in Annapolis; the offices of the State Department, the Bureau of Printing & Engraving and the Department of Homeland Security; the Smithsonian Institution; the Verizon Center; the Department of Justice and many others.

Demonstrating the power of a strong reputation, the team at Wood Creations has built their business on growth driven primarily by calls from general contractors and architects who have worked with the firm previously or who have seen its work, and want to partner with them. In most cases, general contractors or architects will send design drawings to Wood Creations and the firm’s own team will then create shop drawings and determine the process for actually manufacturing the finished product to the intended specifications.

Today, Wood Creations employs five full-time cabinet makers in the firm’s 12,000 sq. ft. manufacturing and fabrication facility, where everything is built from scratch. The firm then sends a dedicated install crew to the client site to complete the process and perform any solid surface work that must be performed on-site.

John and Steve recognize that theirs is an industry in the midst of constant change. One major shift has been in the speed of projects — what used to take two or three months is now expected to be delivered inside of one month. In addition, commodity-priced, pre-manufactured cabinetry has become the dominant choice in many environments such as apartment complexes and standard multi-tenant office buildings, which is why Wood Creations has maintained and strengthen its position as a custom provider to high-end and specialized applications.

In addition, the owners of Wood Creations also purchased the building that houses their shop from its prior owner, and have since built a second building on the property that they rent out to other tenants, which has helped to diversify their overall investment in the future.

In this changing environment, it has been essential for Wood Creations to partner with an accounting firm that could keep up with their evolving needs. The company originally worked with a firm that was acquired by BradyRenner CPAs. They made the decision to stay with BradyRenner CPAs after the transition based on the outstanding relationship they have had with Matt Brady and the entire team. In fact, “You wouldn’t have even known that there was a change of firms during the transition,” says John Downing. “Matt and his team were so proactive and on top of things that the process was not only seamless, it was flawless.”

Some of the qualities that Wood Creations most appreciate in their partnership with BradyRenner CPAs include the consistent and committed response they receive any time a question arises. “Matt and his team definitely call you back, every time, with an answer — and if they don’t have an answer, they’ll go and find it for you,” adds John.

In summary, says John, “Working with BradyRenner CPAs means working with a team that is very easy to work with, extremely accommodating, completely accessible and so professional that they take a lot of the stress and worry out of our lives as business owners. I would highly recommend them to other business owners in the region — and I do!”

BradyRenner is a leading full-service regional CPA firm providing comprehensive bookkeeping, accounting, tax planning and consulting solutions for growth-oriented small businesses and their owners throughout the Baltimore-Washington region from  its headquarters in Bowie, MD and its southern Maryland regional office in Dunkirk, MD.

What sets BradyRenner apart is the firm’s commitment to its four core values: being active, staying approachable, being available and always endeavoring to be fully accountable. Learn more about how BradyRenner, as a Bowie MD CPA firm, can serve as the right CPA firm for your small business.